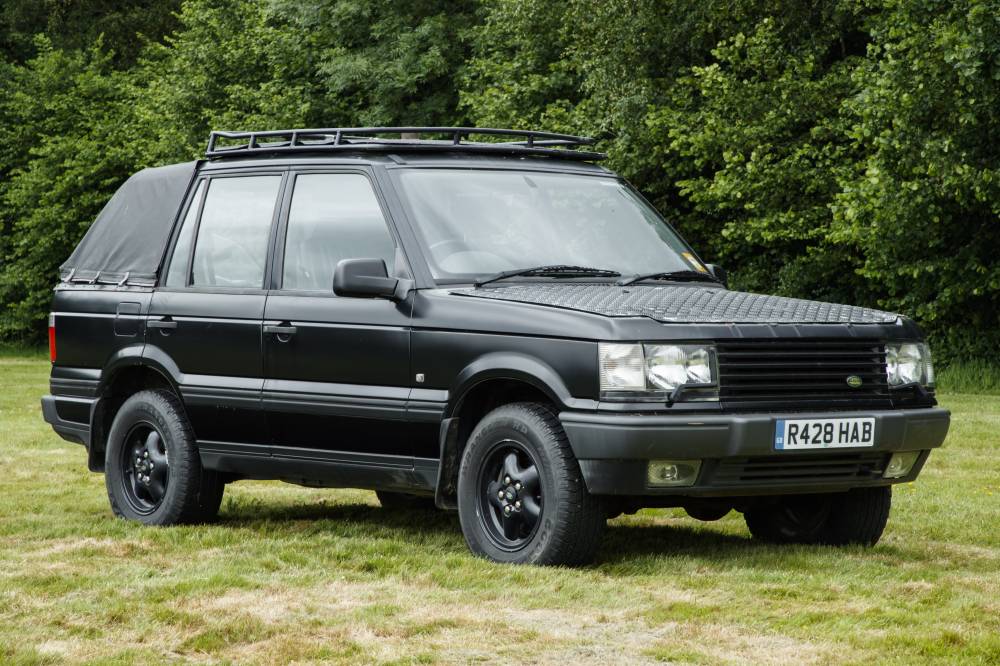 Vehicle spec:
A second-generation P38A Range Rover with a fascinating history. The vehicle was converted by Land Rover into a camera car for use by the company’s photographers for vehicle tracking film work.

The upper rear tailgate has been removed and replaced by a removable canvas hood. Internally, a full roll cage has been installed and harness points fitted in the rear loadspace for the intrepid photographers to secure themselves to. Having seen this vehicle in action on several photo shoots, including the Royal Cars media event in Central London in Summer 2013 when Philip followed the camera car driving the Collection’s Royal Review Land Rover, the security harnesses are very necessary as photographers lean out with their cameras just inches from the road surface! This event was the last official use of the camera car in anger before it was retired by JLR.

Externally, fixed camera mounts have been installed and there is a great deal of chequerplate in evidence. The matt black paint finish is intended to reduce reflections from sunlight and when using flash or other supplementary lighting.