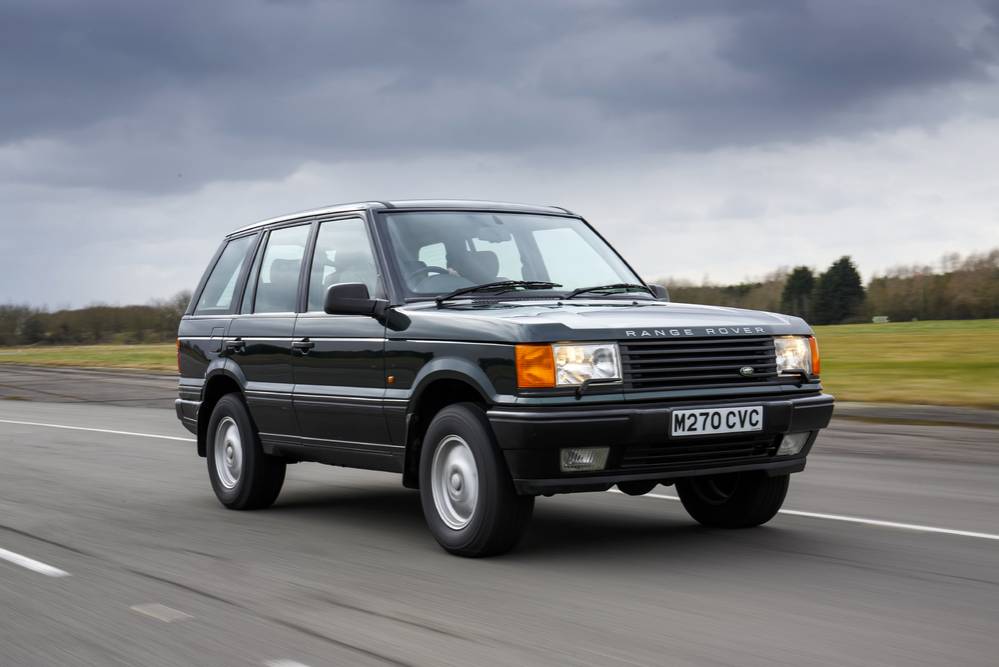 Vehicle spec:
This very early P38a was built in July 1994 and registered in the ‘CVC’ range in readiness for the press launch at Cliveden in August and September. Part of the launch programme involved sending groups of three vehicles each to six global locations: Botswana, Japan, Vermont, Tierra del Fuego, Madrid and the Cotswolds, from which satellite broadcasts were made back to dealerships and their invited guests on 28 and 29 September. M270 CVC was one of the vehicles present at the Cliveden press launch and was later sent to Japan, where it was driven from Tokyo to Mount Fuji. The group was led by Gordon Sked, Rover Group’s design chief, and the vehicles were driven by Viscount Linley, Robin Hanbury-Tenison and violinist Mayumi Seiler.

The vehicle was sold by the company in 1996 and went on to have nine owners before it was found rather down-at-heel in North Devon by Julian Lamb, founder of the CVC Register which is dedicated to saving Land Rovers that were owned by Land Rover themselves.

Julian began a painstaking renovation programme and the car was subsequently displayed on the Range Rover Register stand at the NEC in November 2011, and has featured in Land Rover Owner magazine January 2012, Land Rover Monthly in August 2012 and May 2013, an Auto Express article on all four generations of the Range Rover in December 2012 and Range Rover Owner & Enthusiast in January/February 2013.