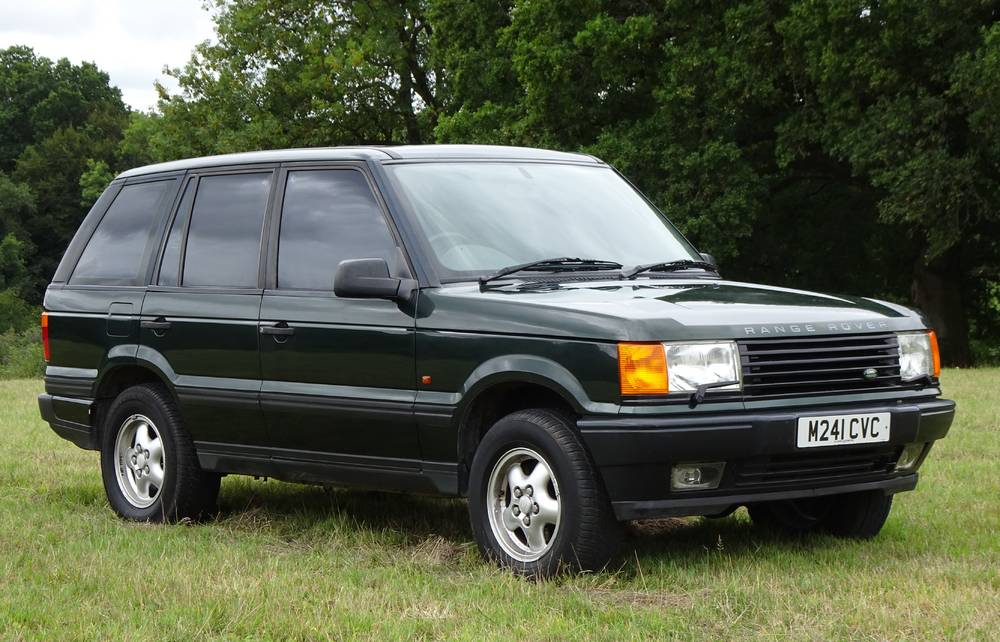 Vehicle spec:
This is a great example of how an important vehicle can get ‘lost’, because at some point after it was sold by Land Rover many of its ten owners fitted personalised number plates. Once the distinctive CVC plate had been replaced, which is synonymous with the press launch, the vehicle became just another anonymous early P38a.

M241 CVC is a Vogue SE and one of the 18 Press Fleet vehicles that were used on the global launch known as ‘The Epic’. This was the biggest and most sophisticated vehicle launch event ever staged by the company up to that point, and involved six groups of three vehicles each, crewed by a combination of senior company employees and celebrities, that went to Vermont, Patagonia, Botswana, Madrid, Japan, and the Cotswolds. Live satellite broadcasts from all six locations were beamed into dealerships at regular intervals during what the company called ‘ten days that shook the world’. Only two of these 18 vehicles are known to survive, and both are in the Collection. 241 was in Vermont.

M241 CVC enjoyed main dealer servicing until 2003 and the original service record and handbook are still present. We purchased it from a trader who ran it for the shooting season before moving it on to us in 2017. The vehicle has been used well and shows signs of lengthy farming or shooting ownership. Incredibly it still retains its original engine 42D00073A.