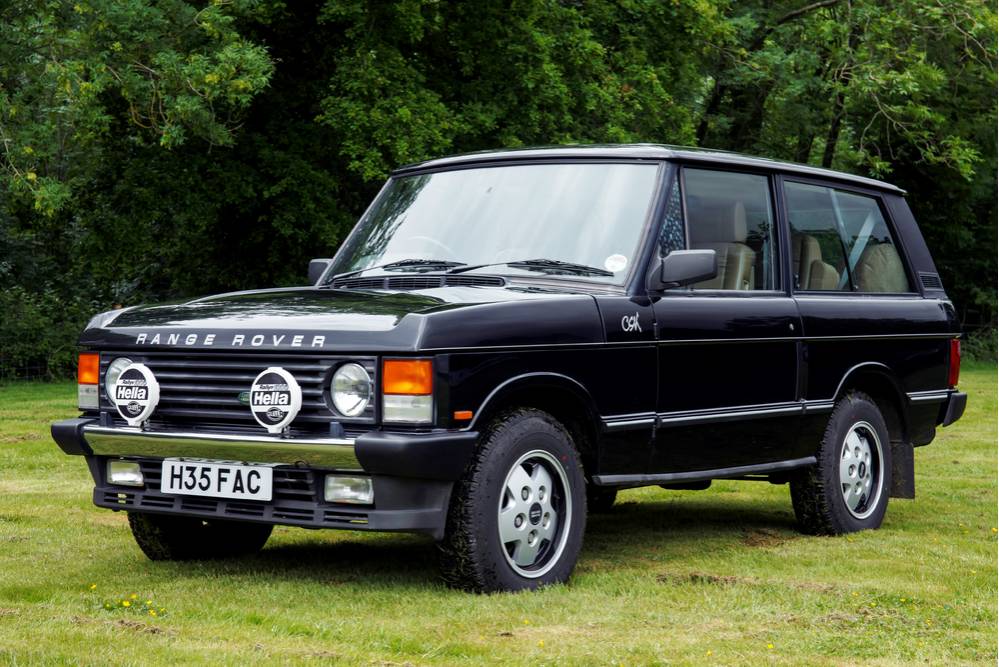 Vehicle spec:
The Range Rover CSK was a limited edition of 200 numbered vehicles introduced in 1990 using the 2-door body shell which was nearing the end of production. It was named in recognition of Charles Spencer ‘Spen’ King who had been the head of Rover’s New Vehicle Projects department and was in charge of the programme that led to the original Range Rover.

The CSK was the first ‘sports’ Range Rover and was luxuriously equipped with bespoke leather and  American walnut trim and was finished in Beluga Black. It introduced the 3.9 version of the V8 engine and was available with manual and automatic transmission.

This vehicle is CSK Number One and was retained by Land Rover for publicity photographs and promotional work before being sold in 1992 to a director of a Land Rover dealership in Bromley, Kent. He appears to have used it for annual holidays in France and sold it in 2000 with only 7,000 miles on the clock. The new owner also used the car sparingly and today it has covered just 23,000 miles.

This car continues to play an active role in JLR’s media activities having participated in the launch of the Range Rover Sport in 2005 and the Evoque in 2010. It was also displayed on Land Rover’s stand at the Paris Motor Show in 2010 and 2012, and joined the company’s 2014 Model Year launch event at the Schlumpf Collection in France.