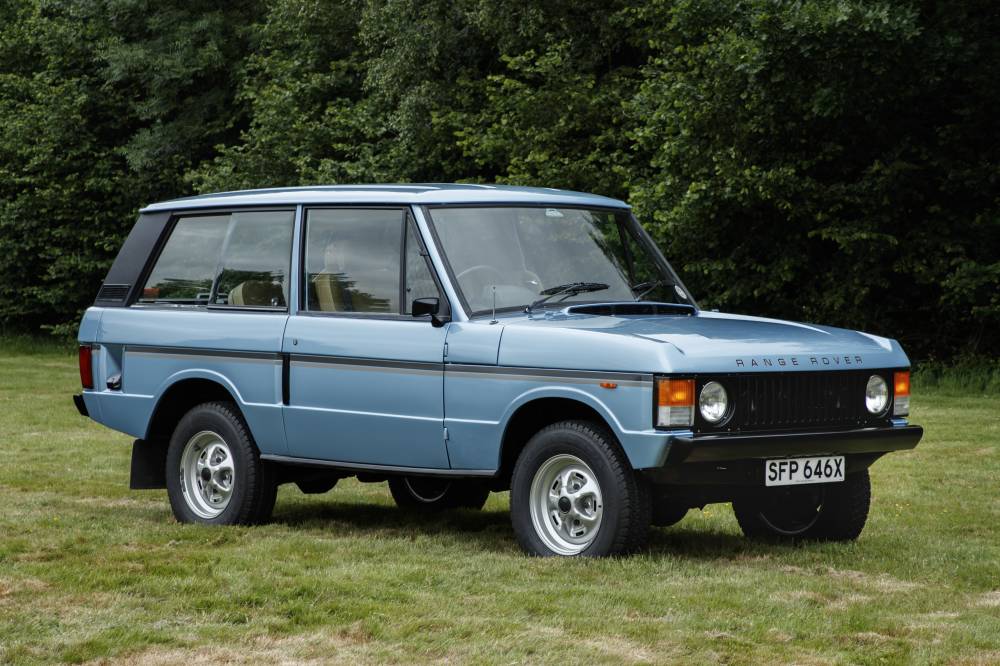 Vehicle spec:
By late 1980 Land Rover had a number of new features for the 2-door Range Rover ready for production and wanted an appropriate fanfare – packaging them together in a limited edition vehicle was the chosen way forward and the ‘In Vogue’ was the result. The March 1981 edition of ‘Vogue’ magazine carried an eight-page advertisement feature entitled ‘Rendez-vous à Biarritz’ in which the new car appeared alongside the Jaeger spring collection, consciously associating the Range Rover with style and fashion.

The company press release and bulletins to dealers variously claimed that 400 or 1,000 would be built for the UK market only, but there is compelling evidence to suggest that some were built with LHD and sold on the Continent and in the Middle East. How many In Vogues were actually built remains unknown.

The In Vogue was finished in special Vogue Blue paint with double pinstriping. The interior was luxurious compared with previous models and came carpeted throughout with walnut door cappings, cubby box, map pockets on the front seat backs, radio/cassette player with door speakers and a picnic hamper.

Our example was delivered to its first owner on 1 August 1981 by Trinity Motors, Hinckley and retained by him and later his son for an incredible 26 years. Since 2007 it has been in the hands of two further owners, both of whom used it sparingly, and it still has only 25,000 miles on the clock.