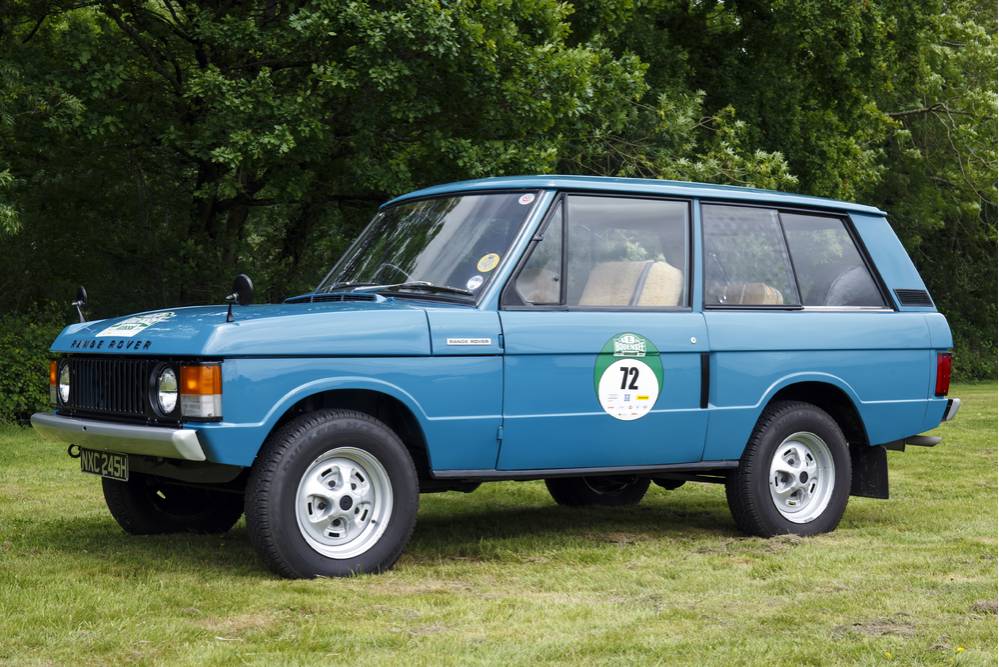 This car was eventually sold by Rover in 1971 and was purchased by its first owner for £1,975 with 26,000 miles on the clock. The first owner kept the car for 17 years and used it almost exclusively for holidays including several tours into Eastern Europe, Austria, Germany, Spain and Portugal. interestingly, he kept a diary recording every journey made and all work done on the vehicle during those 17 years.

It was sold by the first owner in 1987 and over the next ten years had many changes of ownership before being acquired by an enthusiast who set about preserving it. After further changes of ownership, the restoration was finally completed in 2010 in time for chassis number 40 to participate in the events that marked the 40th anniversary of the Range Rover, including being taken by JLR to Portugal to feature in the launch of
the 2011 Model Year vehicles and the Range Rover 40th Anniversary
Limited Edition.

in autumn 2010 the car joined two other historic Range Rovers to escort the One Millionth Range Rover from Solihull to Earls Court, where the new car was handed over to the Help for Heroes charity.

NXC 245H has also been part of the JLR Germany team on the Hamburg-Berlin Rally in 2010 and the Bodensee Rally in Austria, Germany, Liechtenstein and Switzerland in 2013. In 2014 it was chosen to appear in Quentin Willson’s TV series ‘The Classic Car Show’.