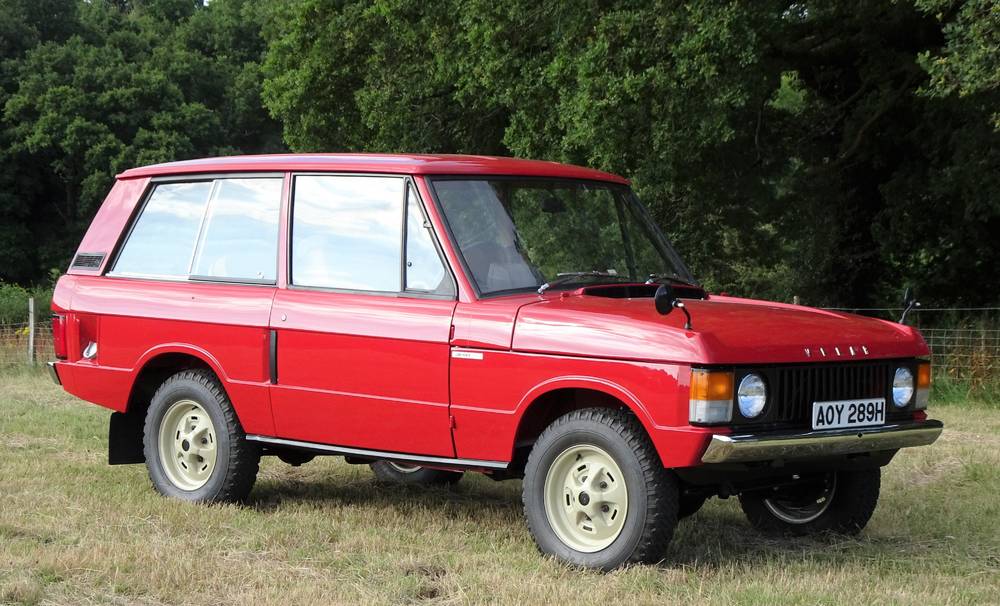 Vehicle spec:
This is chassis number 100/6, the sixth of the seven Engineering Prototypes built between 1967 and 1969. It is the oldest surviving Range Rover in the world, chassis numbers 100/1 to 100/5 having been scrapped in-period.

100/6 was registered as AOY 289H in August 1969. In November and December that year, it and sister Velar 100/5 (WYK 315H) participated in extensive durability trials in Algeria, Niger and Morocco, including a double crossing of the Sahara and reconnaissance for a planned press and dealer launch route in Morocco. The trials, which were led by Mike Foster of Minitrek Expeditions, were filmed by a Pathé News crew and a film was later released under the title ‘Sahara South’. The car also appears in the 1970 Range Rover promotional film ‘A car for all reasons’. In May 1970 the car took part in a further proving expedition to France and Switzerland, this time in the company of 100/7.

While in Rover company ownership it was used for badging trials, investigation into dust-sealing improvements which the expedition to the Sahara had shown to be required, the development of power-assisted steering, the rear wiper/wash system and also featured in pre-launch promotional photographs.

It was eventually sold by the company in 1974 and went through a succession of owners, finally ending up completely dismantled and spread across three farms in North Devon.

In the early 1990s the car was acquired in pieces by an enthusiast who renovated it over a period of several years, going to great lengths to preserve the various unique features of the car.

In 2013 it was borrowed by JLR to participate in the global media launch of the all-new fourth generation Range Rover, during which 100/6 returned to the sands of Morocco for the first time in 44 years.