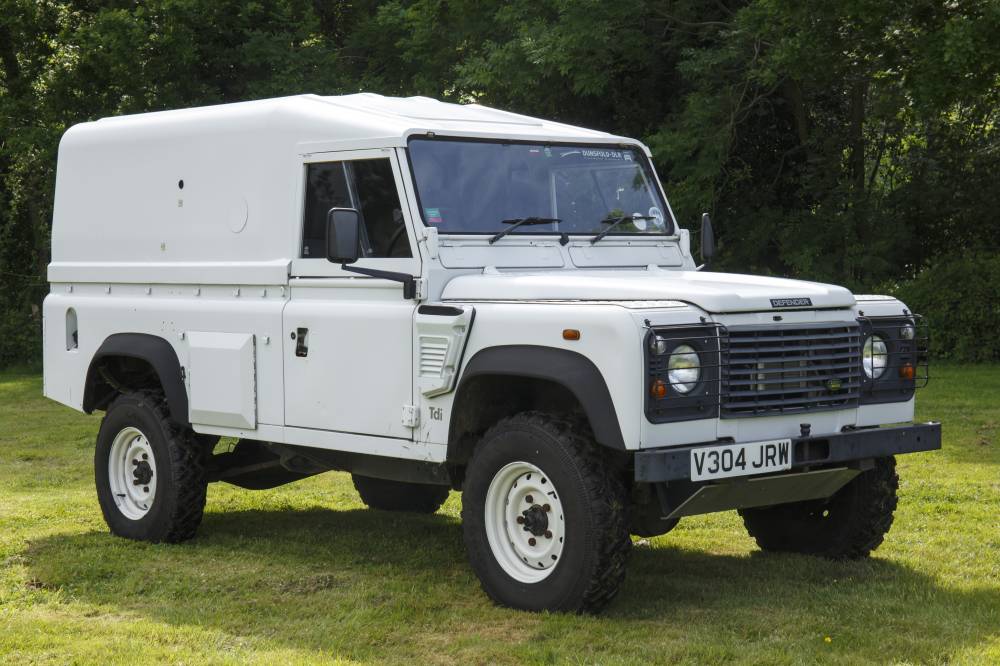 Vehicle spec:
This Defender Wolf 110 was built by Land Rover on the production line in 2000. We believe it to be the last UK specification Wolf and it was kept back by the company as a reference vehicle.

The reason for the unusual white finish was to ‘demilitarise’ it for testing work overseas.

It was fitted with special axles adapted for data collection but these axles had been removed before we acquired the vehicle. When we collected it the car was mounted on alloy wheels and had side stripes, neither of which suited it but had been fitted to further ‘civilianise’ it for use in Eastern Europe.

Many of the 2000 Model Year features from the Defender are fitted which are not seen on normal Wolfs such as the side repeaters.