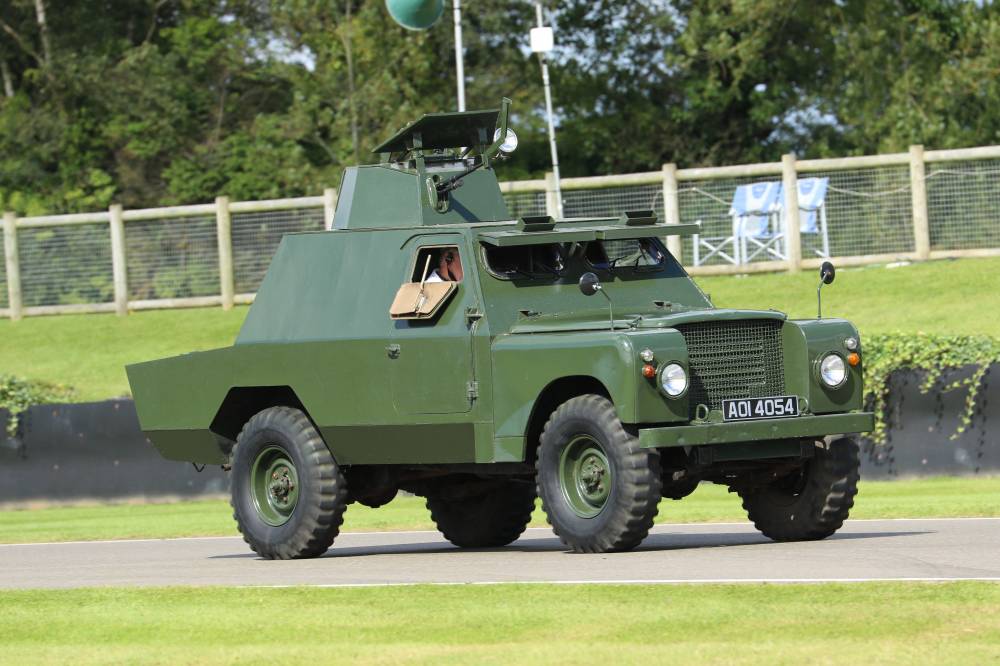 This is one of the six Shorlands delivered to the Royal Ulster Constabulary in 1969, ten having previously been delivered between 1966 and 1967. We are grateful to Clive Elliot who has helped with the history of our vehicle, which was issued to 3 Platoon (Glenravel Street), Reserve Force RUC on 4 October 1969. It was withdrawn in January 1970 and stored at Thorburn Road with other RUC vehicles, and then issued to 5th Battalion, Ulster Defence Regiment with service registration 27 BT 69.

The Shorland was based on a Land Rover Series 11A 109” chassis cab and built by Short Brothers and Harland of Belfast. Later types used the 6 cylinder engine with consequent improvement in performance. The crew of three had a .30 Browning machine gun (later replaced with a GPMG) in the revolving turret, radio installation and the armour had hinged door top flaps and drop down windscreen visors.

On final withdrawal, all the ex-RUC Shorlands were bought by Shorts for £100 each. After usable parts had been removed, all but two were scrapped. AOI 4054 was recovered from the scrap heap and donated by Shorts to 26 Sqn RCT (NI) for restoration by B Troop, and is still fitted with a plaque commemorating the restoration. It was later held at MVEE Chertsey and in 1977 was donated to the RCT Museum at Beverley, from where it was acquired by The Dunsfold Collection.