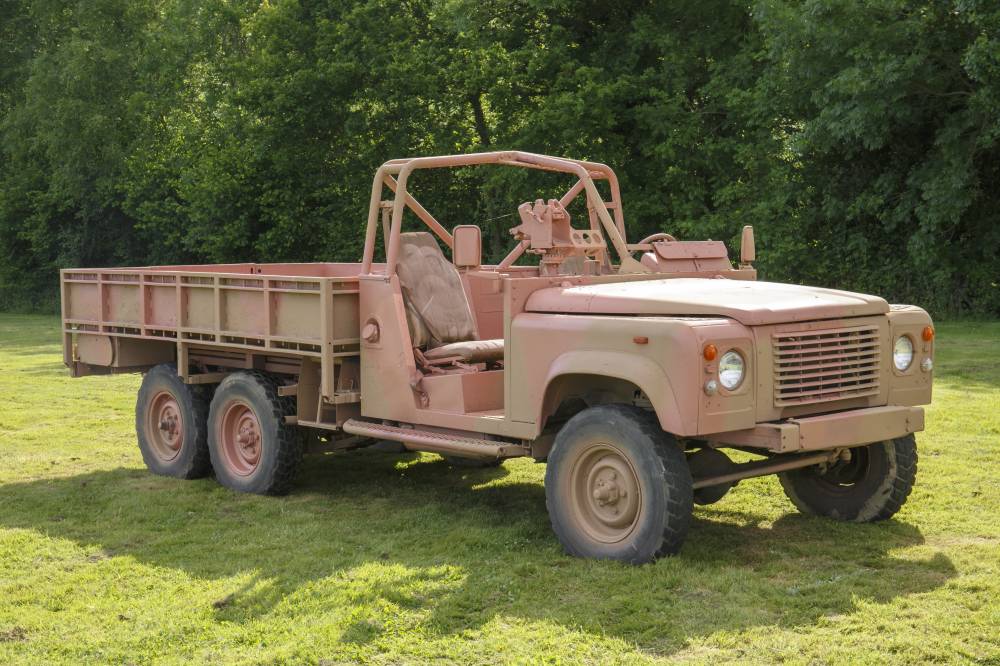 Vehicle spec:
This vehicle was built in 1991 by JRA (Jaguar Rover Australia) Limited and known as the Perentie. Constructed on a galvanised chassis to 6x6 axle configuration, it is considerably wider than a standard Land Rover. The Perentie was based on the Defender 110 and was introduced in 1987 to replace the ageing fleet of Series 11A and Series 3 vehicles. The Perentie was produced in 4x4 and 6x6 variants and powered by an Isuzu 3.9 four-cylinder 4BD1 or 4BD1-T turbo diesel.

It has proven itself both in Australia and on operations overseas, including Somalia, Timor, the Solomon Islands, Iraq and Afghanistan.

Our example was delivered to the Omani military and used as a supply vehicle for some ten years. After its withdrawal it was acquired by Land Rover with three others, the intention being to upgrade them to 6x6 heavy duty trucks. Ricardo was contracted to carry out the work but the project never progressed beyond initial trials and only one vehicle was completed and still survives. Of the other three one is known to have gone to Costa Rica, one was scrapped and ours is the remaining one, which was also destined to be scrapped before we stepped in to save it.

This is one of very few Perenties in the UK, although we may see more as the Australian military began decommissioning its fleet of Perenties in early 2013.