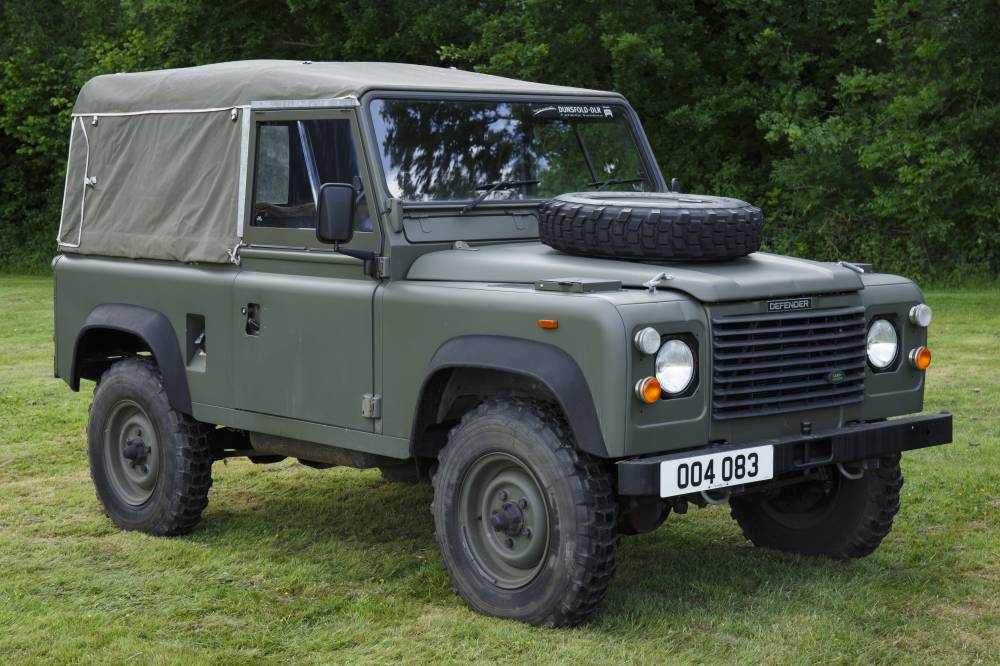 Vehicle spec:
This Defender 90 to military specification was the last one built under the British Army contract, and was retained by Land Rover as a reference vehicle in case of parts or build disputes.

It has covered only 800 kilometres, half of which has been done since the Collection acquired it. It is still in mint condition and even retains its paper travel mats.

We purchased it from BMIHT at their rationalisation sale in 2002. It will be a wonderful reference vehicle for future restorers.