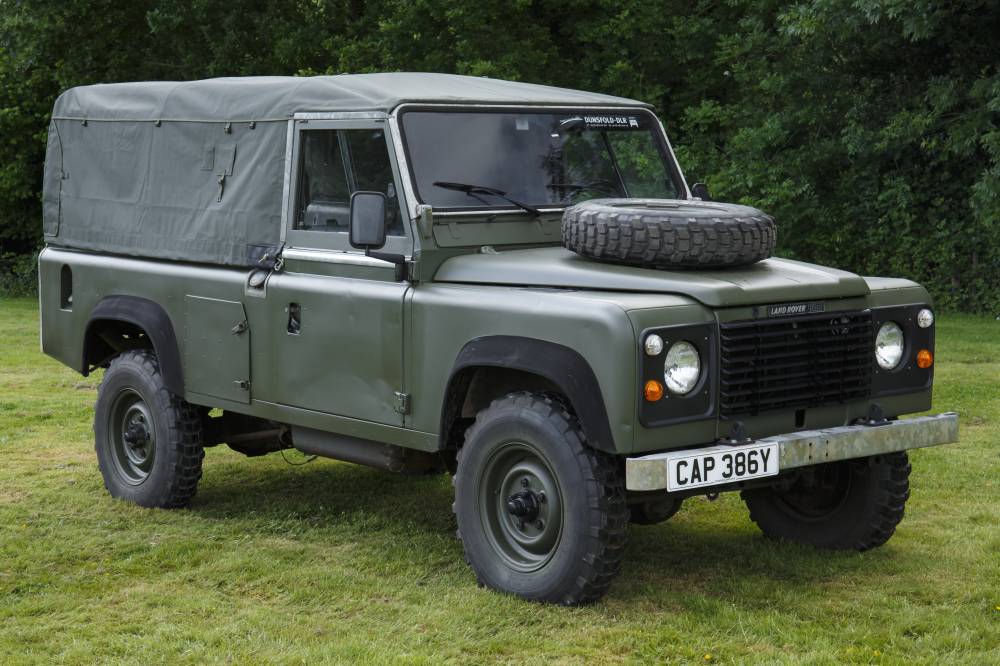 Vehicle spec:
This very early build 110” is one of a batch of early vehicles trialled by the MoD during 1983. The British Army was quite late in deciding to purchase coil-sprung vehicles having chosen to retain its leaf-spring Series 111s.

This vehicle was built to a cost-saving specification with civilian lamps. It was trialled at Bagshot prior to ending up as a loading aid for Chinook helicopters at RAF Odiham.

We purchased it directly from MoD sales in July 2011.

Very few of these early trials vehicles survive and we had to pay a high price to stop it going out of the country.