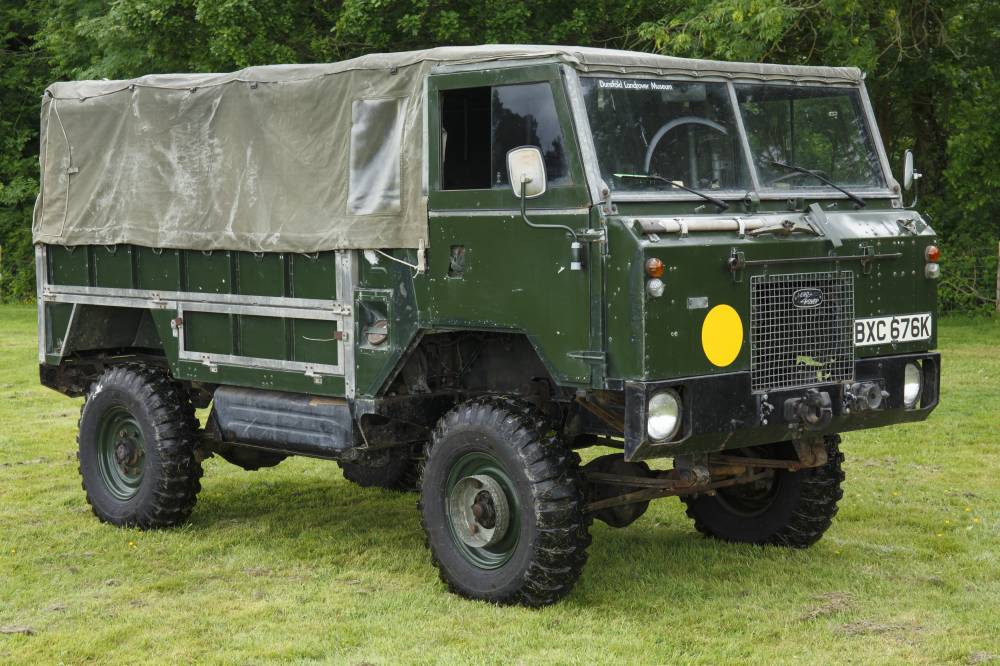 Vehicle spec:
Development of the 101” Forward Control started in 1969 and the initial designs were square-nosed, not particularly attractive and arguably rather underpowered given the six cylinder petrol engine available at that time. As trials continued the body styling improved and the 3.5 V8 engine was fitted.

The vehicle was intended to be an air-portable tug for the new 105mm field gun and was originally intended to have a powered trailer that would sit between the vehicle and the field gun, but this never progressed beyond user trials.

Our vehicle is LHD chassis number one of the pre-production batch. The vehicle has many detail differences from the final design that went into production in 1975, including no front wheel spats, tread steps, stacked rear lamps, round reflectors, locker lid catches, fuel tank pressings, front lashing hooks in outriggers, heater tap, road wheels and vacuum gauge for trailer brakes. The vehicle appears in many photographs taken during the initial trials, most of which show the truck with the powered trailer.

The vehicle is in wonderfully original condition, having spent most of its recent life in a greenhouse!