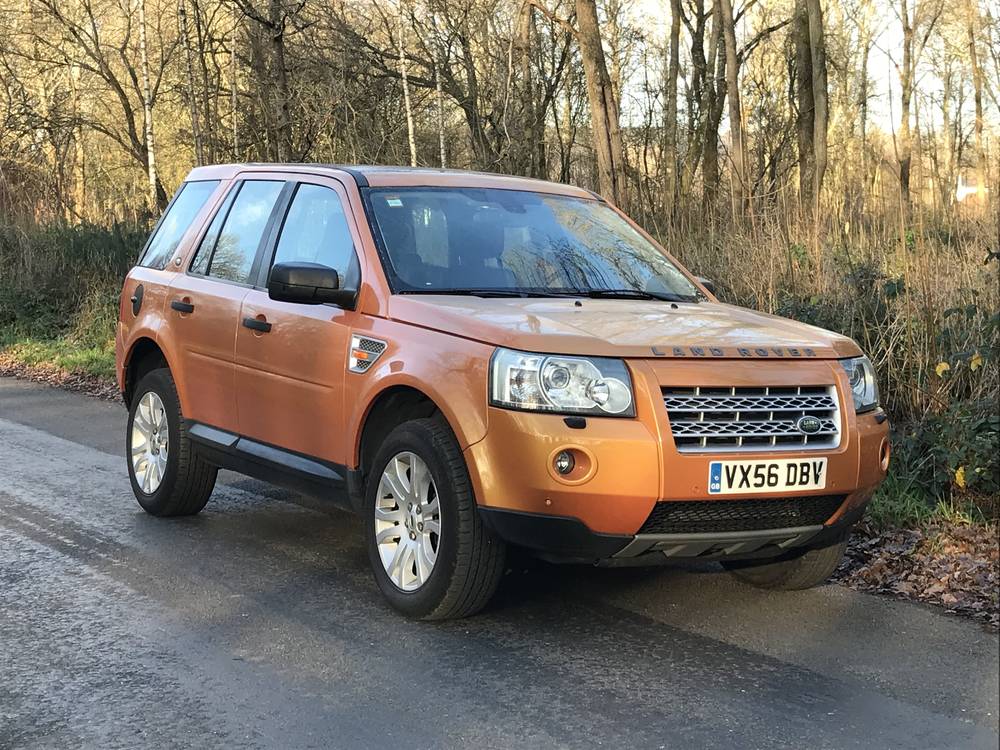 Vehicle spec:
This is a PP2-build (pilot production)
L359 vehicle built in July 2006 to Italian market specification, and is in the launch colour of Tambora Flame. It carries the VX56 registration number which was common to a lot of the launch fleet.

It was used on an exclusive Autocar magazine expedition to Morocco ahead of the official press launch, during which it famously became airborne while driving across the Atlantic coast sand dunes!

The Volvo 3.2 DOHC petrol engine is very compact with a lot of the ancillaries bolted to the gearbox and to keep the length down as it is mounted transversely. It was never a popular choice among UK customers. The Freelander 2 proved to be a very reliable and capable car.

First registered to Land Rover Company Vehicles in September 2006, it was spotted by a Friend of the Collection on the Algarve, and he left a note on the windscreen asking the owners to contact us if they ever wanted to sell. Six months later we received a call and were able to acquire it for the Collection.