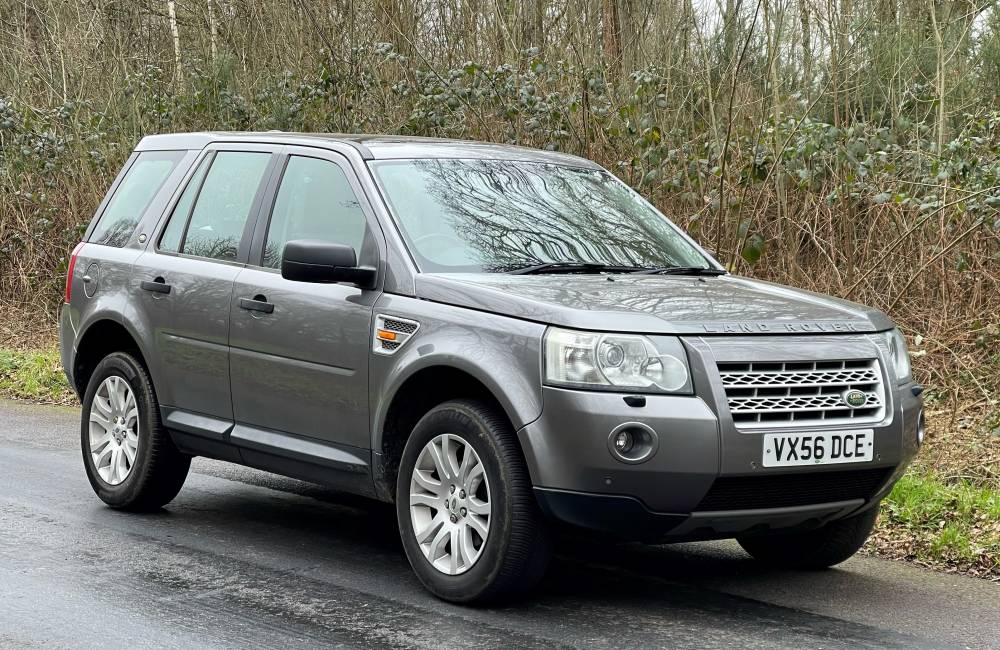 This is a PP2-build (pilot production) L359 vehicle built in August 2006. It carries the VX registration number which was common to a lot of the launch vehicles. It was allocated to the UK press fleet and featured on the Fifth Gear TV programme. It was also the star in a Land Rover Enthusiast magazine article.

The Volvo 3.2 DOHC petrol engine is very compact with a lot of the ancillaries bolted to the gearbox to keep the length down as it is mounted transversely. The 3.2 was never a popular choice among UK customers although overall the Freelander 2 proved to be a very reliable and capable car.

First registered to Land Rover Company Vehicles in September 2006, it was disposed of in June 2007 and acquired by its first private owner in Bromley, Kent, in August 2007. Its second owner lived in the same area and registered it in his name in October 2011.

In March 2013 it was purchased by well-known Land Rover historian, researcher and writer Peter Galilee. He had been searching for some time before he found his dream combination of 3.2-litre straight six, right-hand drive and pre-pro! The Collection acquired it from Peter in 2022.