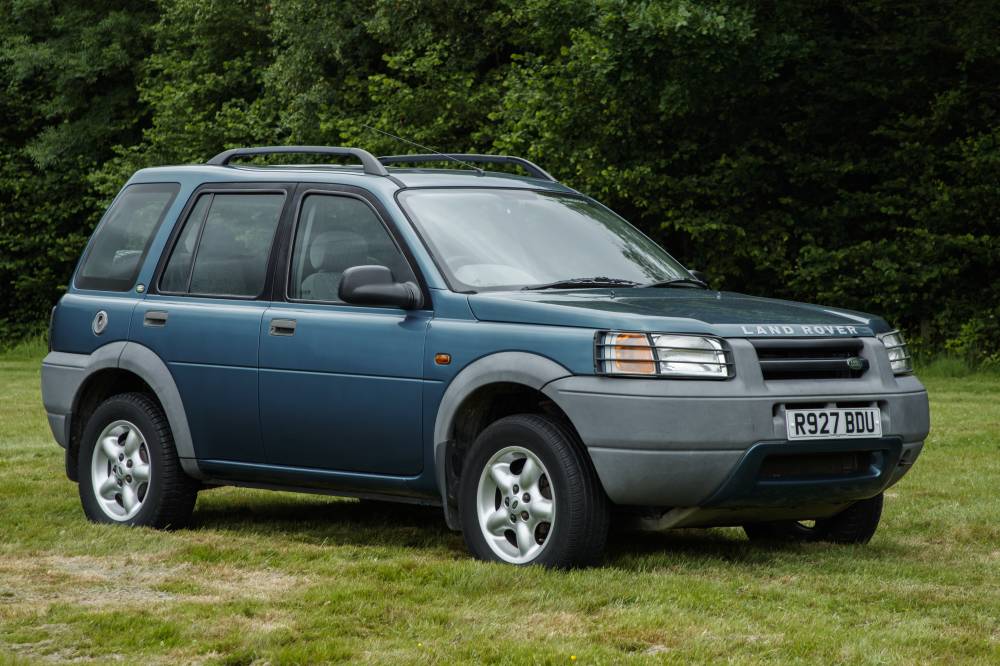 This vehicle was built in November 1997 and is an early production car. It was found on an online used car site and the seller did not know what it was. A friend of the Collection saw it and tipped us of. Most of the early cars up to chassis number SALLNABA7WA600477, the first production vehicle, were used for production set-up and development testing and then destroyed by Land Rover. The first external clue to this being an early car is the black paint around the door tops. This process was stopped very early on production build due to manufacturing costs.

Many of the pilot-production models built in 1997 (some of which became the press launch fleet in Spain) had registration numbers in the R-BDU series. Several early production Freelanders were registered by the company in the R-BAC series, and among these were the first press fleet demonstrators. There were also factory-registered Freelanders in the R-CDU sequence.

These were the first vehicles to have the new hill descent system using the ABS in reverse to have a controlled descent which is found on all Land Rover models now. The Freelander is a capable off-roader and can hold its own on the right tyres. A batch of the early cars were even used on the famous Camel Trophy in 1998.