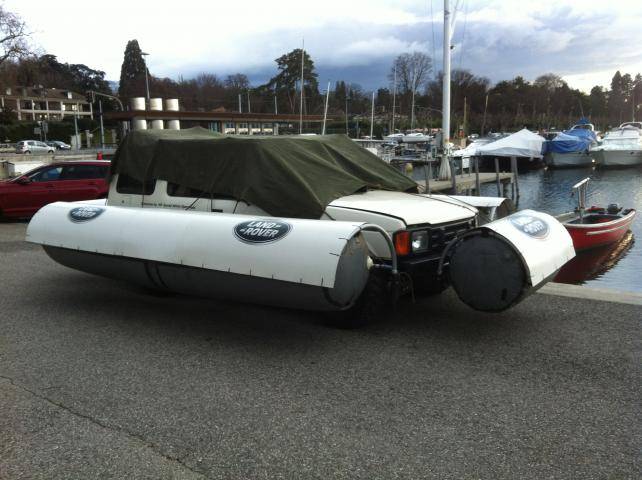 The Discovery was launched in 1989 and this car started life as a V8-engined press vehicle. When Land Rover sponsored Cowes Week on the Isle of White, someone decided that a ‘nautical theme’ was needed and a 90” was built with flotation aids – it caused such a stir that is was decided to convert a then-new Discovery to do the same.

This vehicle for some reason was selected for conversion, although why a V8 petrol-engined car was chosen remains a mystery! It was quickly converted to a 2.5TDi and the floor sealed. An outboard motor was installed and the necessary hydraulics fitted and in no time an amphibious Discovery was born. The roof was cut off for access and safety reasons as the doors obviously will not open when the flotation bags are fitted. The inner skins around the doors were glued in place. The following year it was at Cowes week and was sailed every day and performed brilliantly.

It was later given to a German museum and laid unused until 2011 when it was repurchased by JLR and loaned to us. It went to the Geneva Motor Show in 2012 and 2104 and took media and other guests out onto the lake. It is very good on the water with excellent control, although the brakes don’t work well!