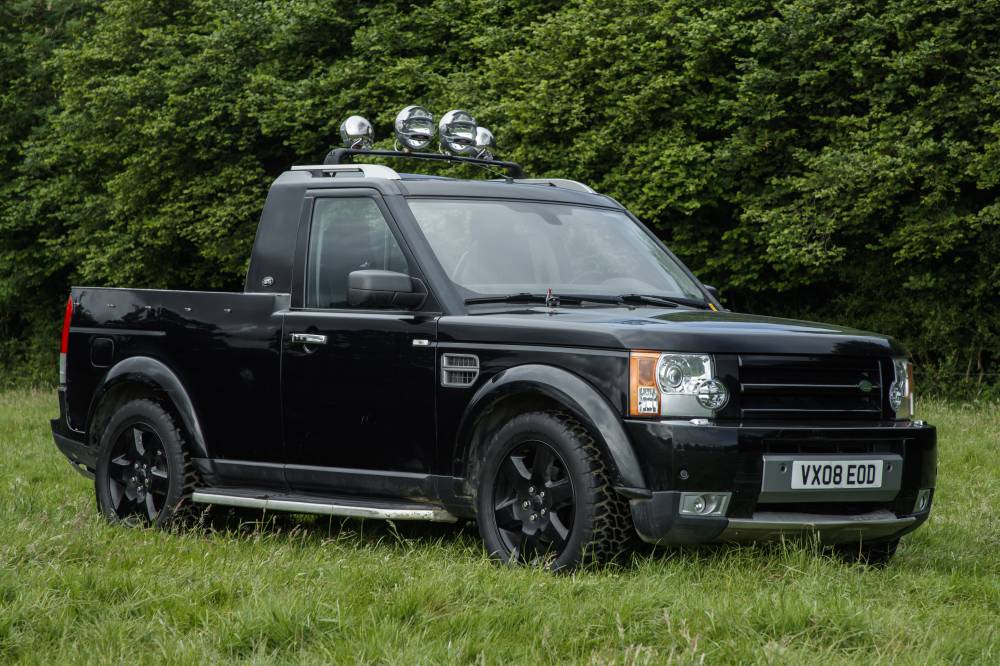 This astonishing vehicle, built in 2008, was a 2010 Model Year Discovery 3 M1 Prototype, built to Saudi Arabia market specification and fitted with a 4-litre Ford V6 SOHC Cologne engine. The vehicle had previously been used for transmission calibration as part of the 2010MY programme.

JLR’s apprenticeship programme is much-admired, and in 2009 the apprentices in Prototype Operations were given a project on which they would learn new skills outside of the pressures typical of new vehicle development programmes, which must be delivered to tight timelines.

The donor vehicle was by then sitting in the disposal compound at Solihull, and once allocated to the apprentices was re-designed and modified by them as a pick-up.

Upon completion, the vehicle was evaluated by JLR senior management.

It was initially given the name ‘Rogue’ by its creators, but was also known as ‘Icon 1’. It was used by Prototype Operations and climatic testing as a support vehicle, and was eventually discarded as it was not allowed to be used on the road.