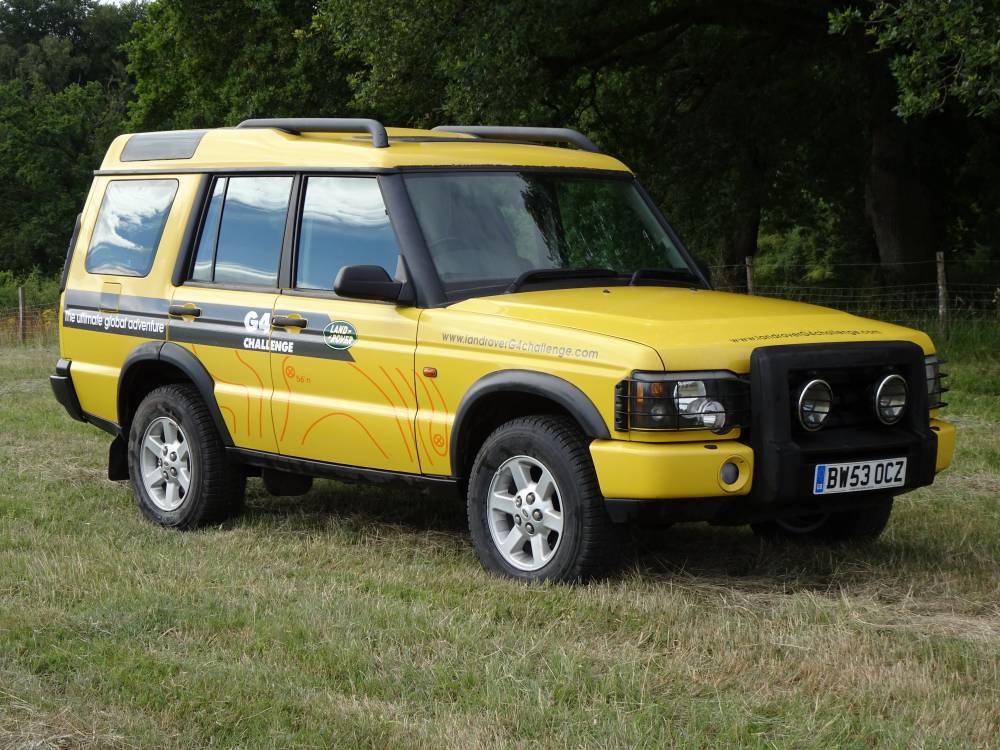 Vehicle spec: Land Rover offered Range Rover, Discovery, Freelander and Defender G4 Limited Edition models. The Discovery 2 version was available in three colours besides the signature Tangiers Orange: Zambezi Silver, Java Black and Borrego Yellow. The yellow is by far the rarest and it is believed that only eight were ordered.

The base price was £28,595 and roof bars, lamp guards, soft nudge bar, black mogul seats, Style 3 alloy wheels and discreet G4 logos were among the some of the features.

We are still researching ths vehicle's history, but we believe the Discovery spent its forst year as a promotional vehicle at various special events and it may also have been allocated to one of the Land Rover Experience centres. The prominent graphics on the sides were not fitted to the standard G4 Discoverys.

It was sold by the company to its first private owner in Kent or Sussex before being sold again and moving to Cornwall, Devon and then back to Sussex. We acquired it from its fifth owner in 2019. Like a great many Discovery 2s it has rust issues on the rear end that will require attention in due course.