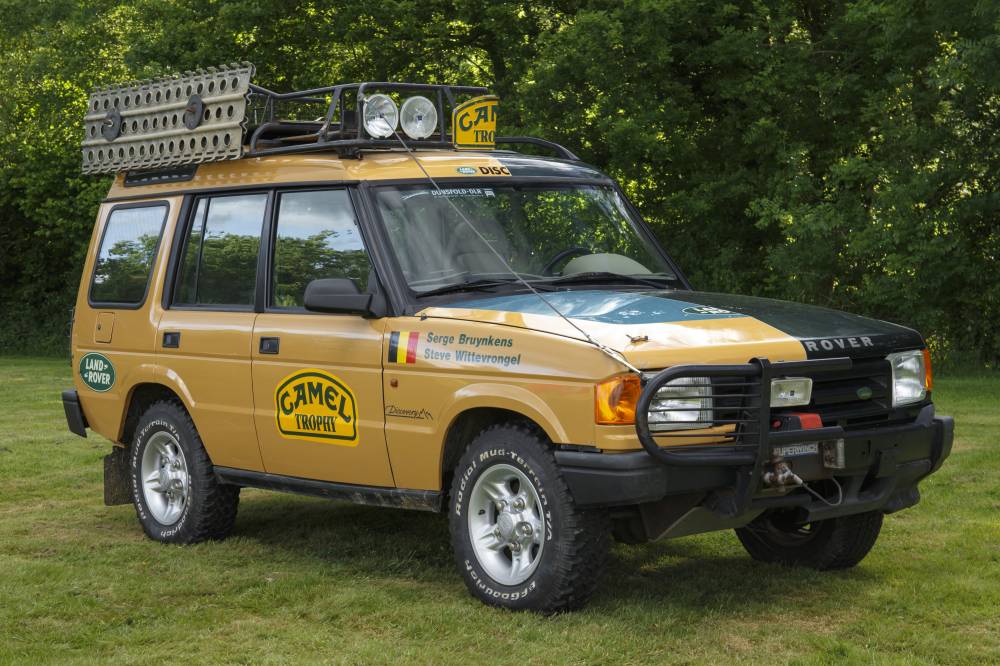 Vehicle spec:
This unusual vehicle with a split personality was prepared for the 1994 Motor Show at the NEC to illustrate the versatility of the Discovery, coinciding with the introduction of the 300 TDi engine.

The base vehicle is actually a 200 TDi modified to look like a 300 series with modified lights and dashboard but retaining its 200 TDi engine. A great deal of effort went into cutting everything in half – the winch and sunroof are particularly noteworthy! All the leftover parts were made into a mirror image vehicle and this is believed to have been scrapped.

After the Motor Show it went on a bit of a World Tour and at some point it acquired the names of a Belgian Camel Trophy team.

The vehicle runs and drives but is obviously not road legal.