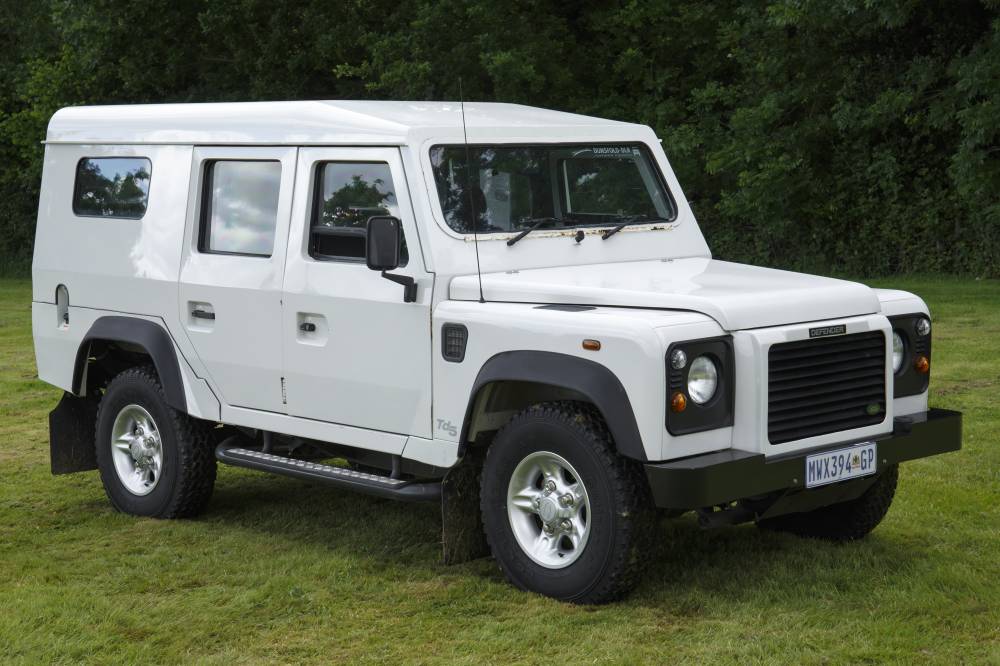 Vehicle spec:
This is one of three Defender 110 vehicles built in 2000 from CKD (Completely Knocked Down) kits in South Africa. It is a heavily modified 110 Station Wagon TD5 which was possibly intended to be an off-the-shelf armoured car to be sold through Land Rover’s SVO (Special Vehicle Operations) scheme.

This vehicle was used as a demonstration and show car and is the only survivor.

It is a very neat conversion retaining its full interior and 110 appearance, although the engine bay is armoured as is the underside of the bonnet. The wings are only there to mount the lights and do not form part of the armour. The windows are solid with a tiny opening just large enough to get a hand through and air conditioning is fitted.

The road wheels are for show and photographs of the car in period show run-flat tyres on custom rims.

Regrettably we are unable to drive this car on the public highway and, given that it weighs around three tons it is too heavy for a trailer so will not appear outside the Collection very often.