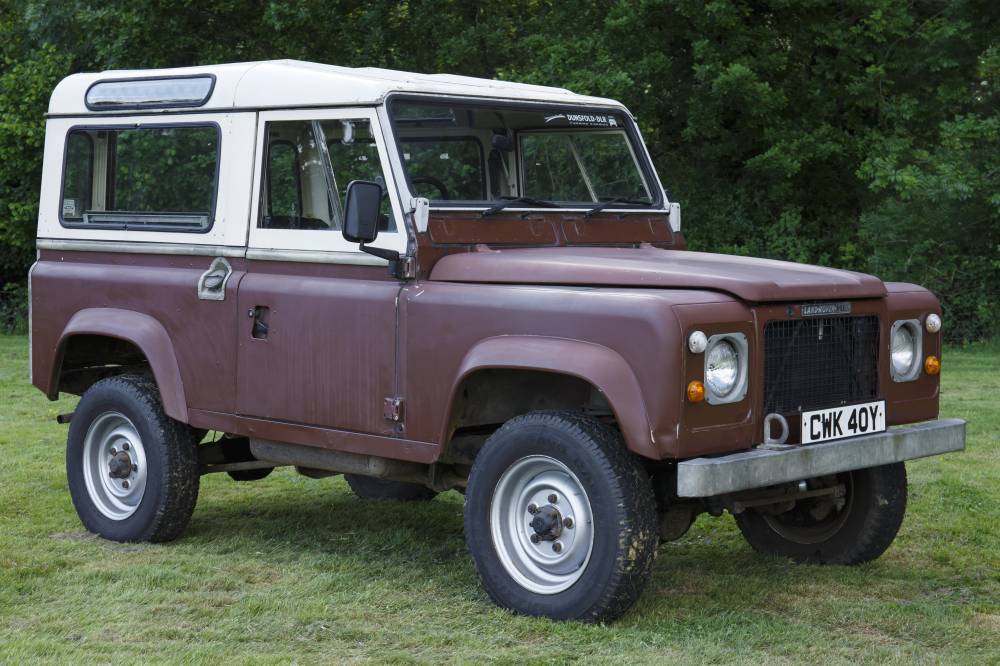 Vehicle spec:
This is chassis number two of the ten 90” Prototypes. It has the high fuel filler fitted as to chassis number one which is also in the Collection, but that is about all they have in common from the doors back. These vehicles were converted from launch 110” vehicles and on this example the join is clearly visible where the bespoke rear chassis was grafted-on to the standard 110” front chassis. This one is equipped with wheel arch eyebrows, unlike chassis number one.

The hard top is also odd having filler strips behind the doors. The roof is a cut-down 110” roof. The axles are Range Rover but drum brakes are fitted on the rear.

As with all the 90” Prototypes, this one was originally painted NATO Green to help disguise it for road testing.

All the Prototypes had 109” V8 mesh grilles and jacking points in the front bumper.

The project numbers were WD1 to WD10 and this vehicle is WD2. There was a single V8 among them which survives in Canada.