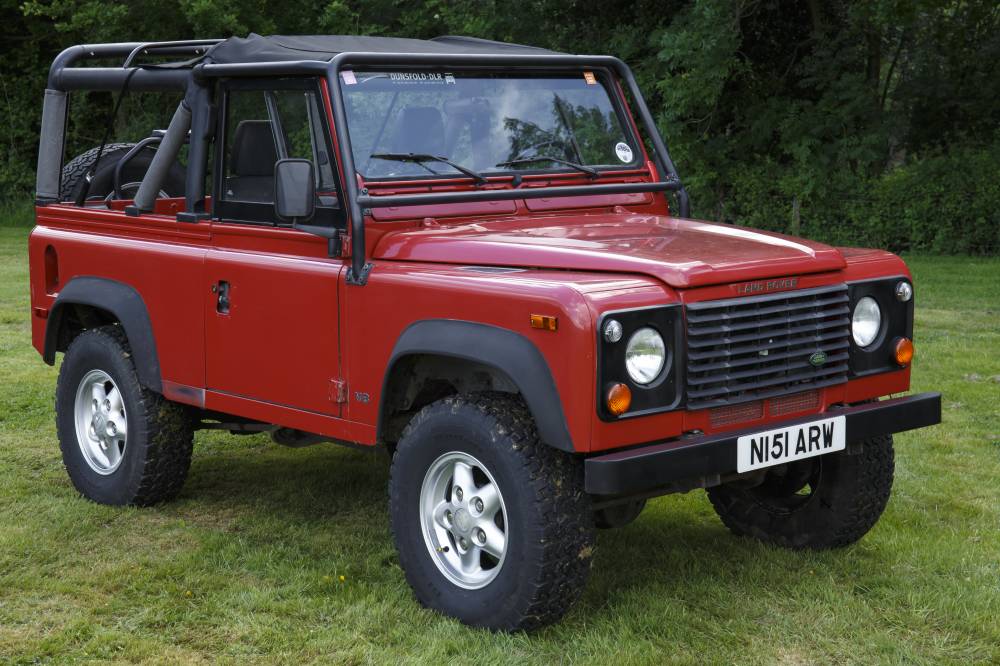 Vehicle spec:
This is one of the later NAS (North America Specification) 90s which was kept back at Land Rover in case of warranty disputes. The prototype cubby box installation may indicate that the vehicle itself is a prototype automatic, but we are still researching this point.

In due course the factory used it for emissions testing hence the odd tailpipe fitting and dismantled wiring harness. We also know it was used to try out sensors for fuelling and ran on a rolling road.

The original hood had rotted away when the vehicle was stored outside so we run it with a Surrey top for now.

This has one of the later specification NAS 90s having automatic transmission and later pattern rear lamps. These vehicles are essentially the base platform for the 1998 50th Anniversary Limited Edition 90.

These vehicles are still highly sought-after in the US, usually selling for more than they cost new!