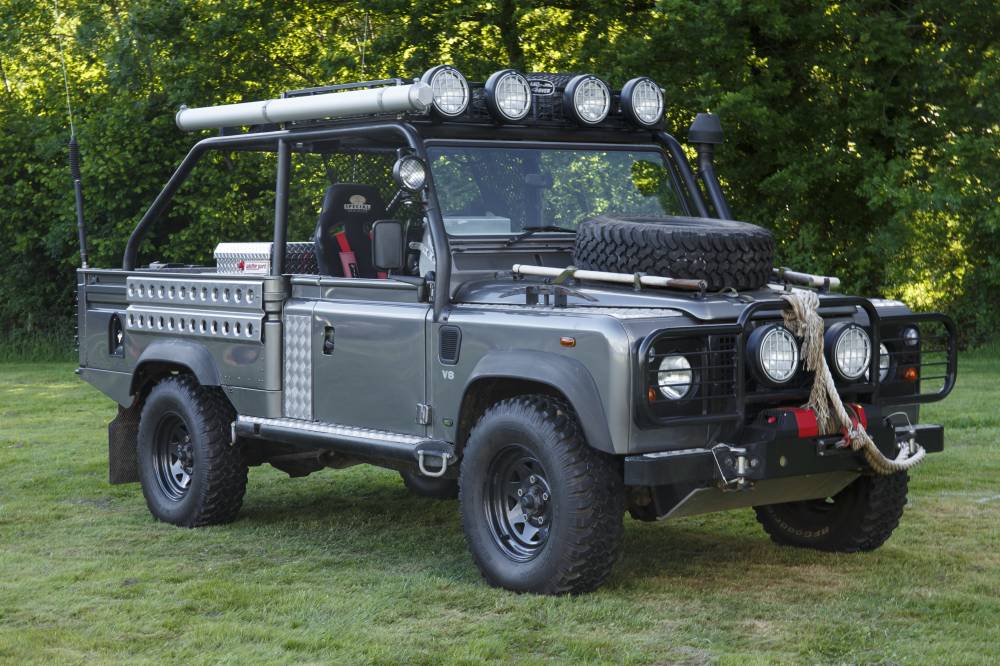 This is one of three Defender TD5 110 vehicles converted by Land Rover Special Vehicles for the film ‘Tomb Raider’ starring Angelina Jolie as Lara Croft.

Fitted with 3.5 V8 carburettor engines and automatic transmission and given a custom paint finish, lots of chequer plate and accessories, the idea was to create a ‘fantasy’ expedition vehicle. The cars were purely for use as movie props and were not intended for road use or sale.

The film was a great success and such was the interest in the ‘Tomb Raider’ Land Rovers that the company introduced a Tomb Raider Limited Edition in both 90 and 110 format which was the most popular limited edition Land Rover have ever produced and is now a highly desirable collector’s car.

Our vehicle is one of two survivors of the original three made for the film, the other being at BMIHT Gaydon.