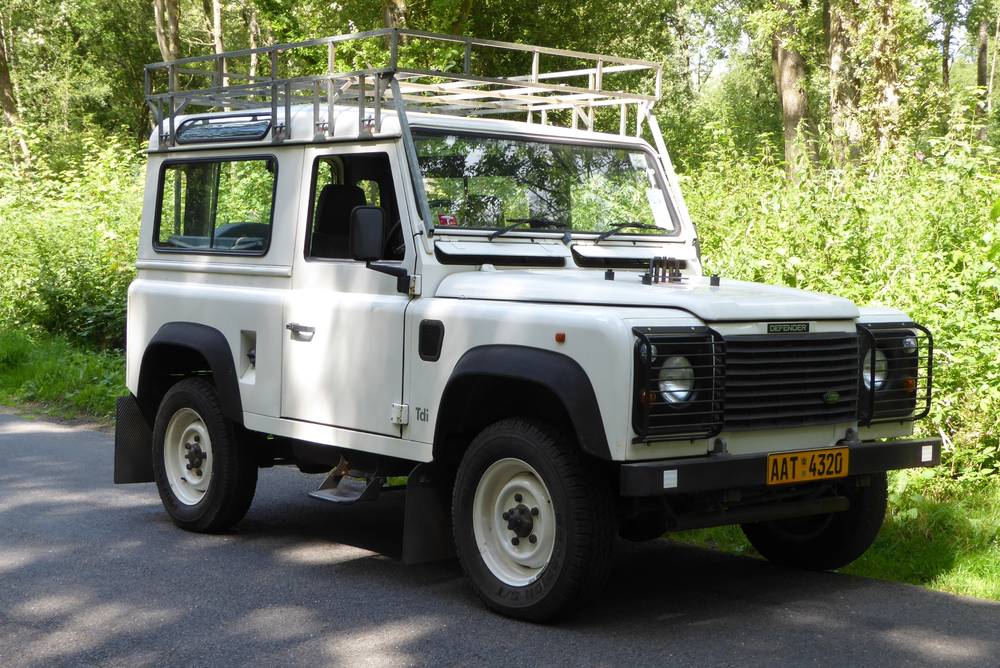 This 90 was purchased new in July 1997 through Land Rover Tax-free Sales by first owner Greg Wood and immediately shipped to Zimbabwe. When Mr Wood returned to the UK in 1999 he sold the vehicle to local man Hew Duncan Jack of Harare.

Hew Jack had served in the British South African Police and was a dedicated and lifelong Land Rover enthusiast who was regarded as the best Land Rover mechanic in the country. He was by all accounts a passionate environmentalist long before such things became fashionable. Hew cherished his 90 and maintained it fastidiously, keeping a detailed diary of all the work he completed and ensuring that only Genuine Parts from the UK were used, despite the availability locally of cheap pattern parts.

Hew was determine that his Land Rover should be preserved and after his passing in late 2017 we were contacted by one of his friends to tell us that he had bequeathed the vehicle to the Collection. Hew's estate was unable to fund the shipping costs to the UK and import duties but a Friend of the Collection stepped in to ensure Hew's last wishes could be fulfilled and the vehicle returned to the UK.

The 90 is in truly delightful condition and a wonderful testament to one man's passion for his Land Rover.