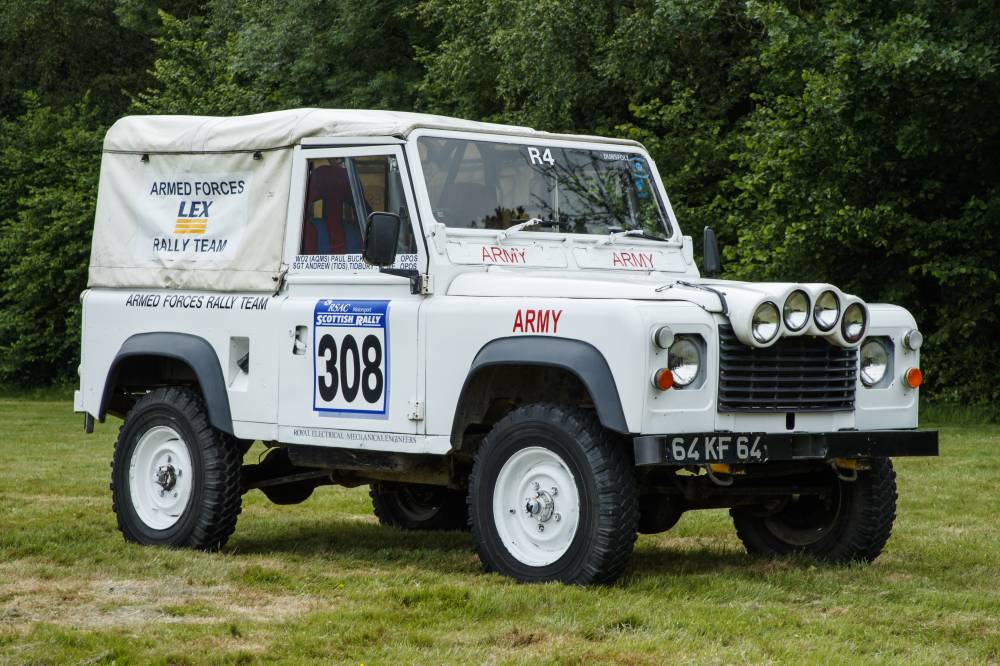 Vehicle spec:
This is a standard MoD specification Defender 90 that was transferred in 1996 to the BAMA (British Army Motoring Association) team having completed ten years in army service.

It was one of a team of four rally-prepared vehicles and its call sign was ‘Romeo Four’. The changes from standard are a roll-over protection cage, white paint work, rally seats, custom Exmoor Trim hood, simpler dash and wiring, straight through exhaust, raised handbrake lever and driving lamps.

The mechanicals stayed untouched (allegedly). Lex Leasing were the main sponsors for the team. This vehicle was pensioned out of service in 2005 and handed over to the REME Corps Museum where it stayed until 2014.

The Armed Forces Rally Team now used Wolf 90s with a lowered roll cage and the same modifications as their forerunners.