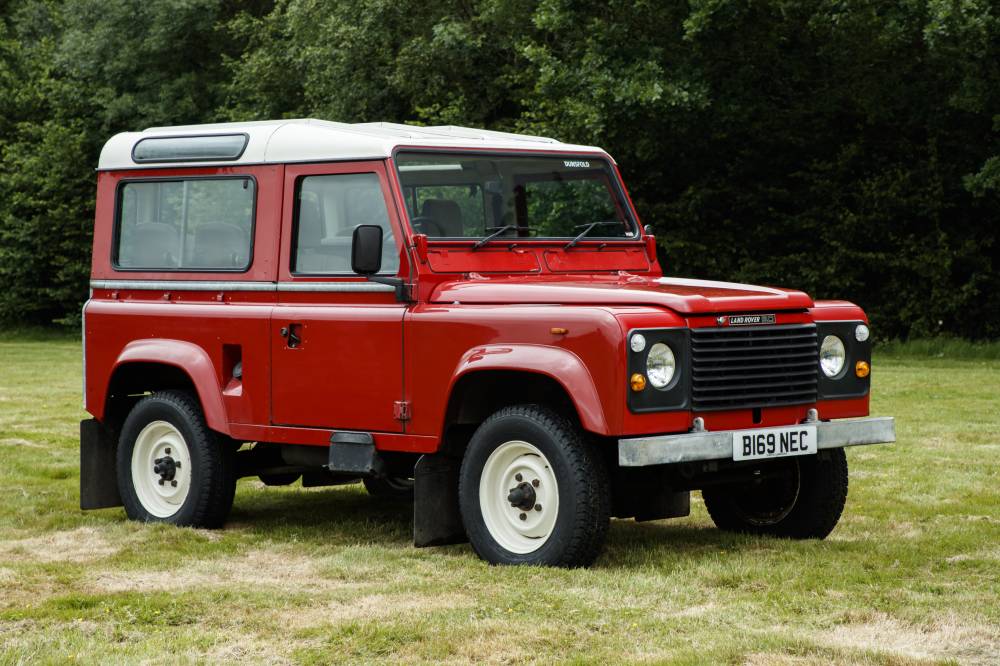 1984 was the first year of production for the Land Rover 90, which replaced the Series III 88” models. This County Station Wagon is a lovely, original and unmolested example of the breed.

Known to us since 1991, it has been in the caring custody of two local owners who have maintained it regardless of expense. It has its original chassis, engine and gearbox and is still wearing its original paint.

The 2.25 litre petrol engine was replaced by a long-stroke 2.5 litre derivative a few months after production had begun, so relatively few were built with the older engine.