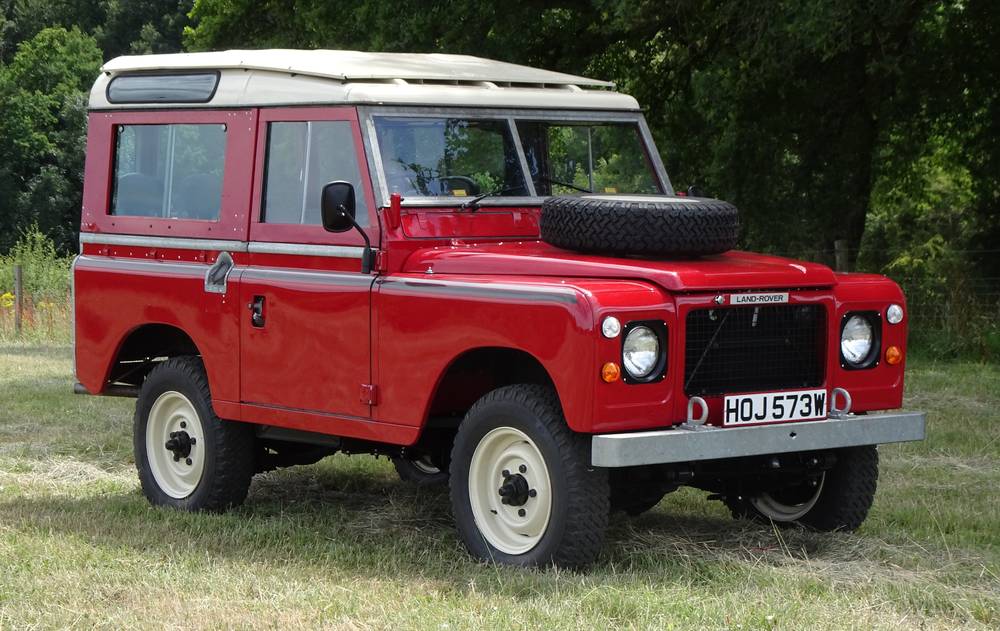 In 1981 Land Rover built four prototype 88-inch Stage 1s. All had modified Series III chassis numbered consecutively within the Series III production sequence. Two were completed as truck cabs or utility vehicles, and two as Station Wagons. HOJ 573W is one of the latter and its sister vehicle is also in the Collection. The fate of the two utility vehicles is unknown, although both are known to have been delivered to the Middle East.

HOJ 573W was initially assigned to Peter Storrie, who was Senior Workshop Manager at Land Rover’s Drayton Road facility, and then to Roland Maturi in Product Planning at Solihull. In late 1982 or early 1983 it was sold to main dealer J V Like of Hay-on-Wye and later acquired by Donald Moore whose son, Chris, was a very enthusiastic fan and used it regularly.

By 1990 it was owned by a GP in South Wales who used it when making his rounds, and in 1998 it was acquired by local enthusiast and dealer Mike Williams. Mike took it to the Billing Show that year and then laid it up in one of his numerous yards, where it sat outside for over twenty years.

It was acquired by a Friend of the Collection in 2019 and given a ground-up restoration at Dunsfold DLR Ltd. It is now on loan to the Collection.