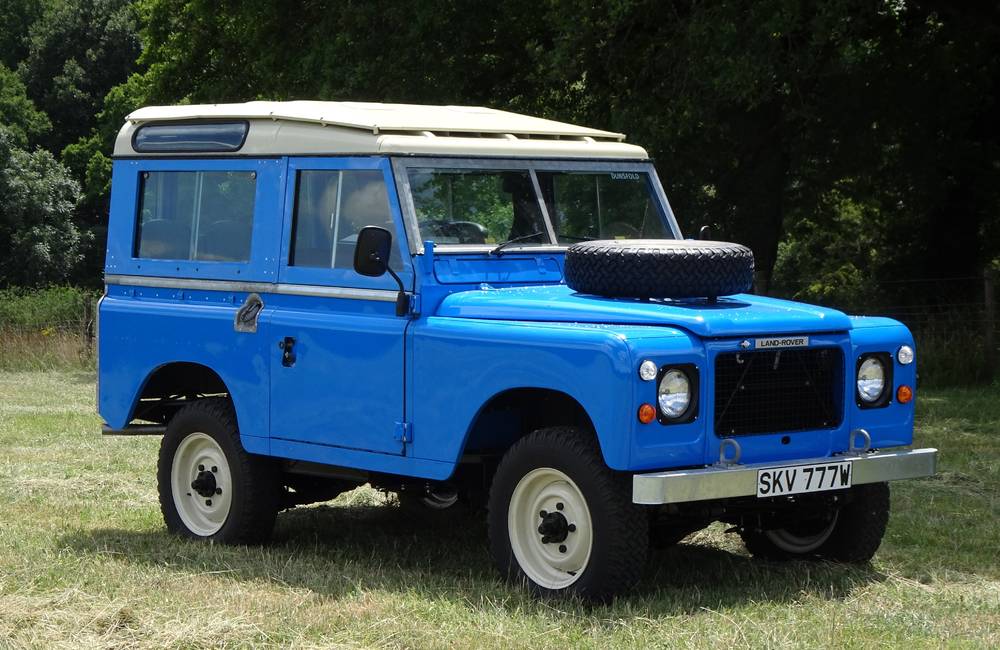 In 1981 Land Rover built four prototype 88-inch Stage 1s. All had modified Series III chassis numbered consecutively within the Series III production sequence. Two were completed as truck cabs or utility vehicles, and two as Station Wagons. SKV 777W is one of the latter and its sister vehicle is also in the Collection. The fate of the two utility vehicles is unknown, although both were delivered to the Middle East.

SKV 777W was delivered to Solihull’s Product Planning department but later transferred to Roger Crathorne’s Sales & Marketing group, before being sold in November 1982 to local main dealer Colliers of Birmingham. Its first private owner is unknown although the vehicle was photographed at an event at Eastnor Castle in 1983 to celebrate the launch of the new One-Ten.

In 1988 it was acquired by Rev. Dr. Emma Loveridge and became a flagship for her business Wind, Sand & Stars which worked with the Bedouin tribes of the Sinai.

Known affectionately as ‘Gabriel’, the vehicle was eventually retired to the family farm in Devon, and later sold to a local Land Rover specialist. He stored it outside for twenty tears and we acquired it from him in 2019. It required a total, ground-up restoration.